Its history and ours

The oldest documents mentioning Hodebert date back to the 16th century. After the Moreau family, from the Poitou region, Henri de Codosny purchases Hodebert in 1648. Of Italian descent, Henri de Codosny was the counselor and butler of the king. His family had come to France with Marie de Médicis. He was married to Marie Dunoyer, daughter of Saint-Christophe’s bailiff. The central part of the château, as well as the first pavilion to the North, were built then. Jean Dunoyer, Henri de Codosny’s nephew, buys Hodebert from him in 1674 ; it will remain in the Dunoyer family until 1794.

A hundred years later, Martin Dunoyer, canon of the Basilica of Saint Martin, Tours, expands the château and modernizes it. In 1794, the property is bought by Alexandre-François-Pierre Gouin, who comes from a large family of bankers and merchants from Tours, which also counts several mayors. His own son will serve as Minister of Agriculture under Louis Philippe. Gouin sells Hodebert in 1808 to Louis-François-de-Sales de Sarcé and his wife Charlotte Françoise née Fontaine de Biré. They will have three children, all of whom will live in Hodebert, and who, by common accord, bequeath Hodebert to their nephew, Robert Roullet de la Bouillerie.

The Sarcé family significantly expands the domain of Hodebert by buying the Abbey of La Clarté-Dieu, many pieces of land, farms, mills, as well as the Château du Breuil on the valley opposite. They do considerable work on the château and rebuild all the commons with a particular attention to harmony and homogeneity.

In 2004, Hodebert is for sale and we decide to buy it back from our family. We leave Paris with our eldest daughter and settle in Touraine to undertake the long and extensive restoration that Hodebert needed. This beautiful story is now written with our four girls who help us continue the adventure. Passion and determination punctuate our daily life to offer you the authenticity of a place in which a French family flourishes happily. 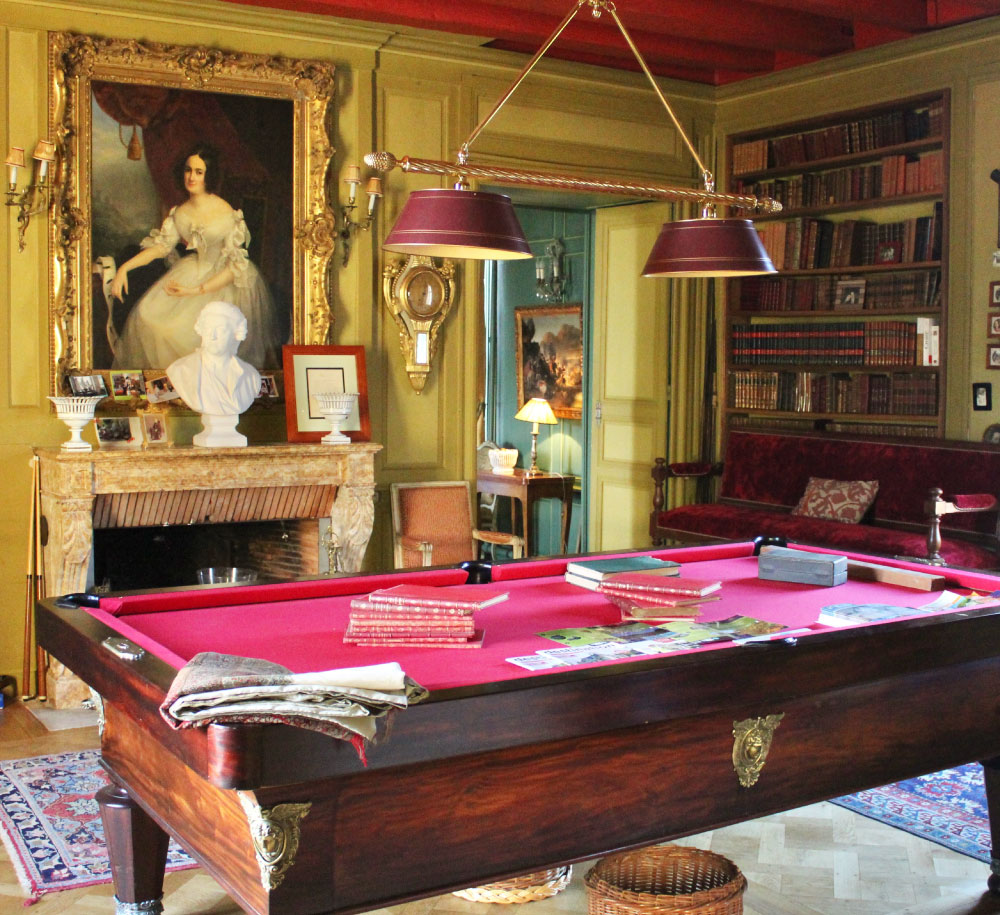 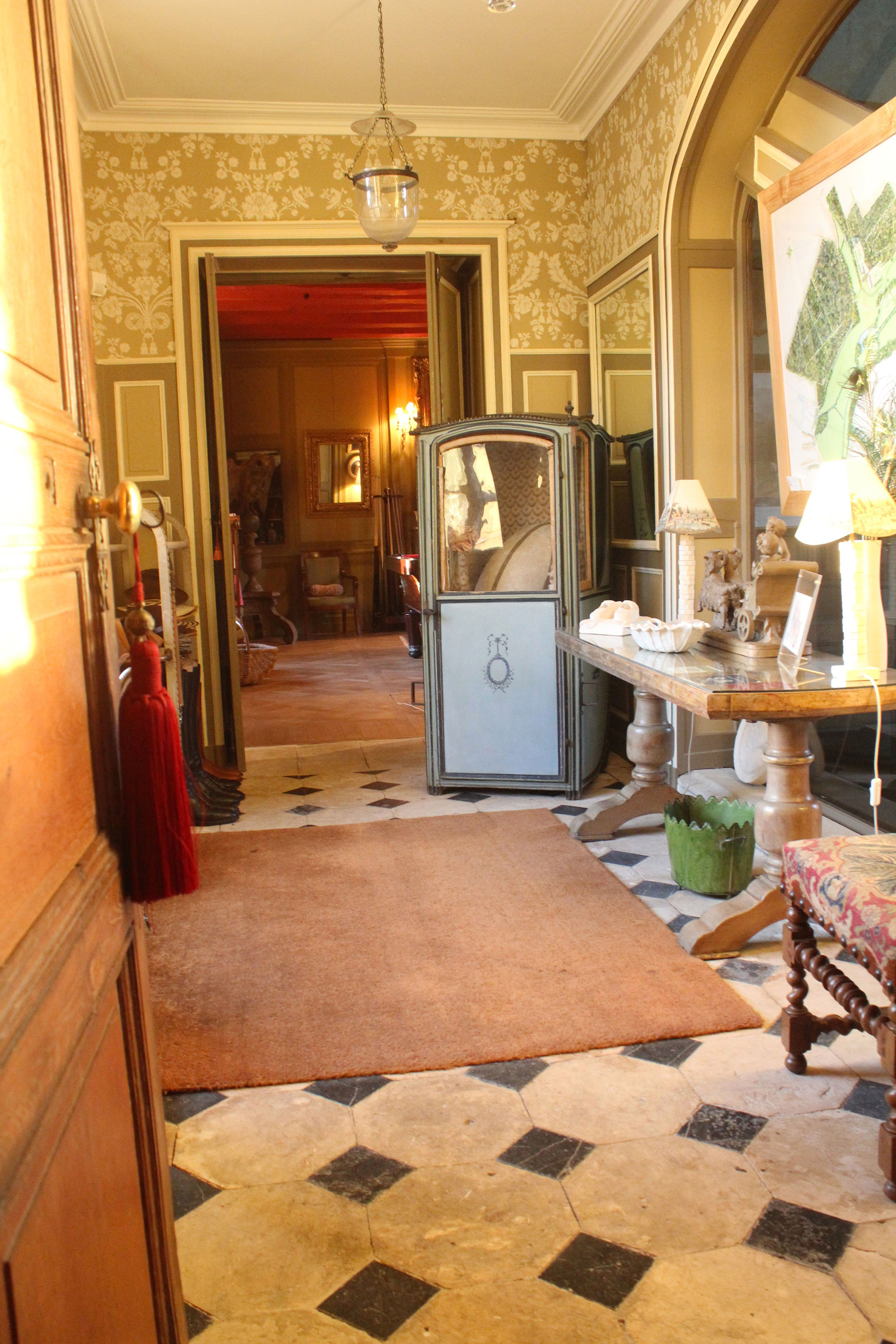 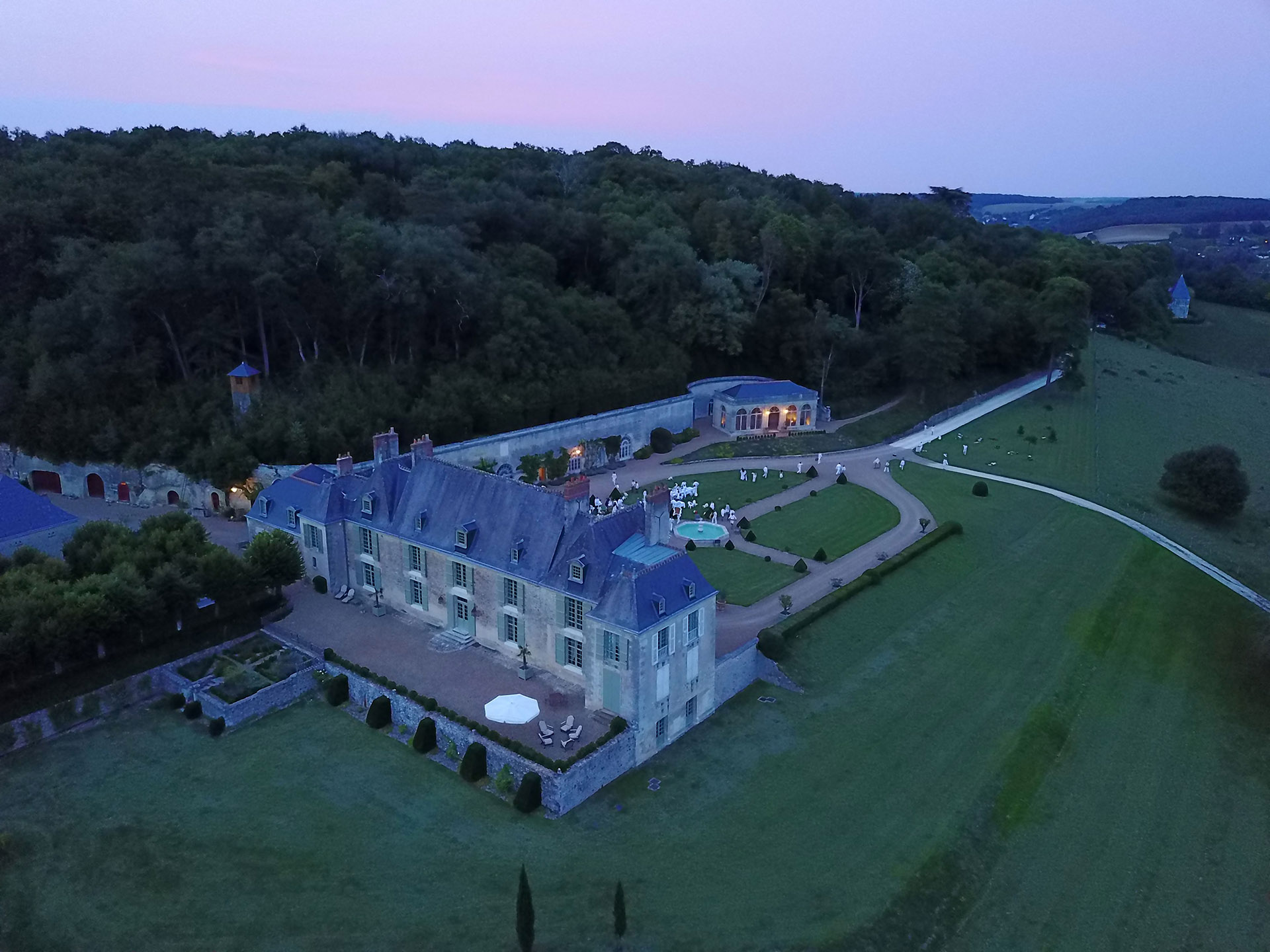 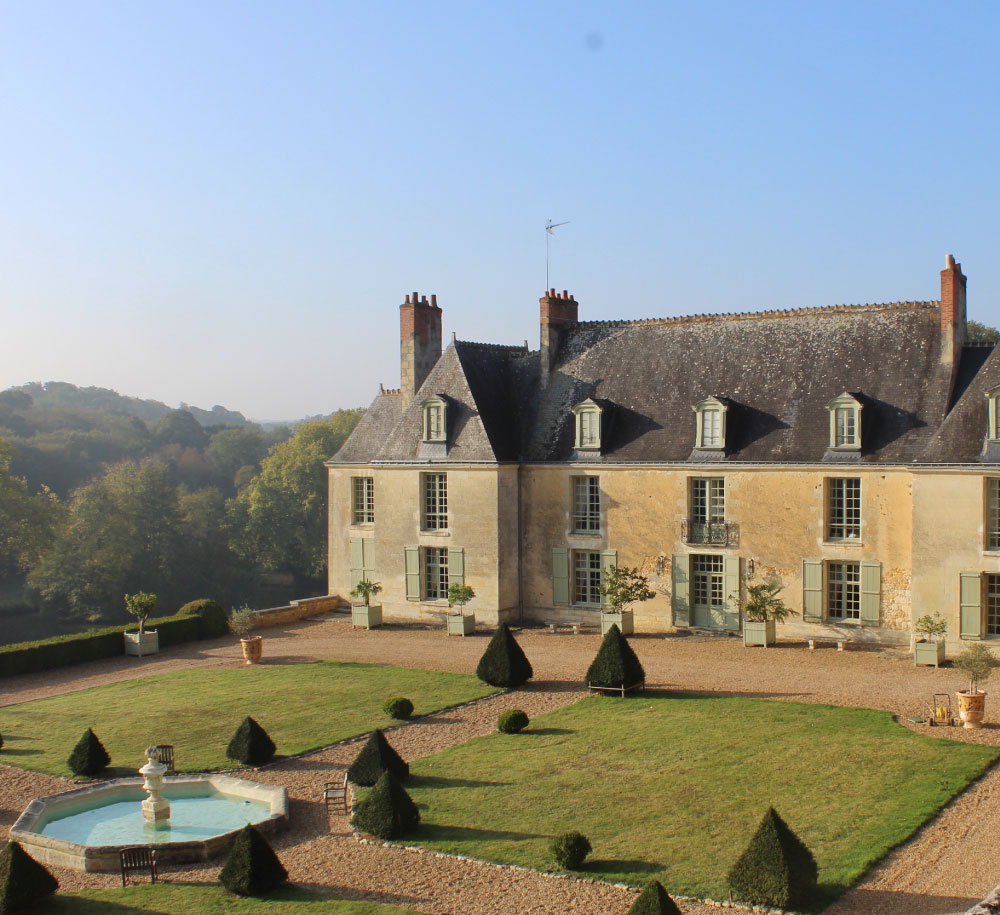 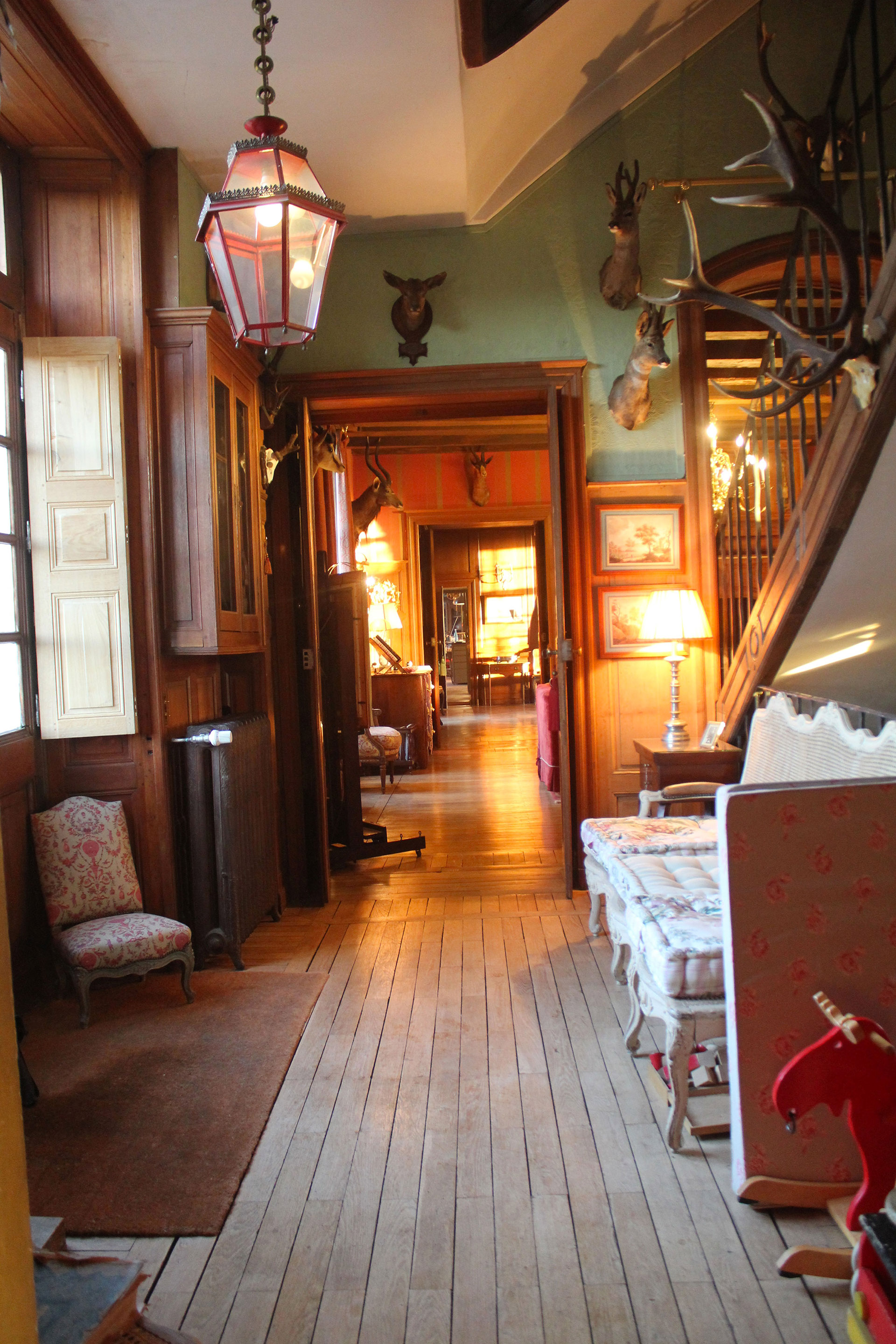 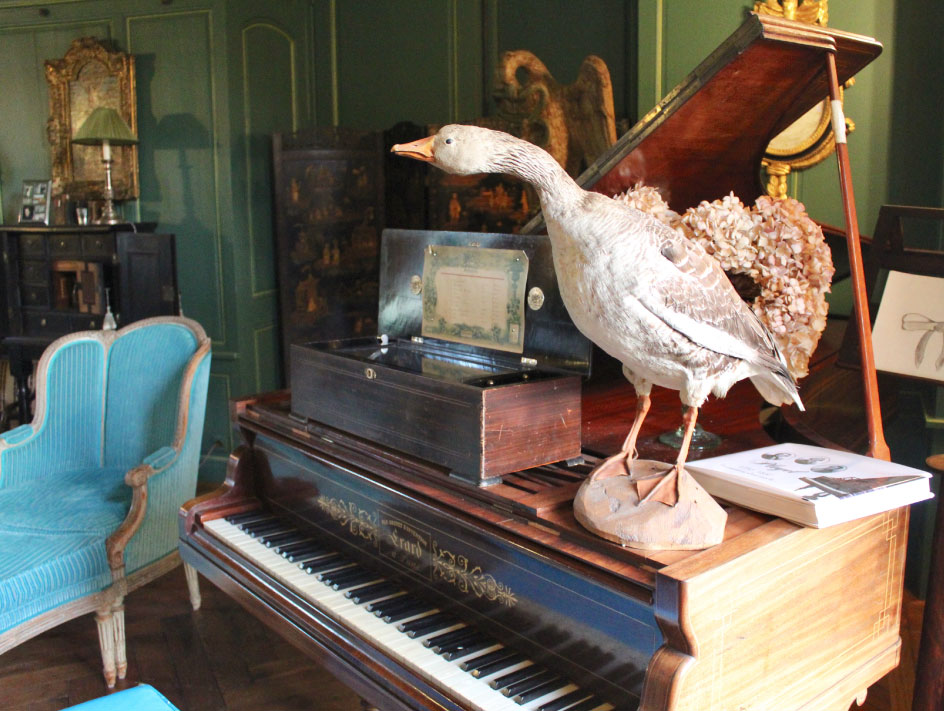